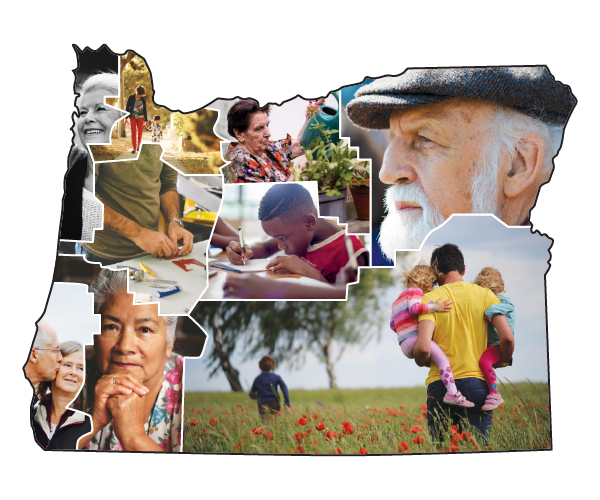 It’s tough out there.

2018 was a year of extremes in Oregon. A sweltering summer set a record number of 90-degree days in Portland. Wildfires rampaged across the state. The senior population reached an all-time high of 708,000 – an increase that experts say could exceed available healthcare and housing. And the cost of living continued to soar, with Oregon ranked the sixth-most expensive state in the US by CNBC.

While much of our state’s economy is booming, things aren’t getting easier for the many hardworking Oregonians whose wages have stagnated, or for seniors on fixed incomes. In fact, it turns out that the struggle among ordinary people to make ends meet has only spread. According to a recent study by the U.S. Energy Information Administration,

One in three Oregon households “have difficulty paying utility bills or sustaining adequate heating or cooling in their homes.”

One in five skip or reduce necessities like food and medicine to pay their energy bills.

One in ten keep their homes at an “unhealthy or unsafe temperature” to reduce costs.

These numbers are not only much higher than our previous estimates of one in eight. They also reveal a silent crisis unfolding all around us, in living rooms and kitchens across the state. They reveal that the need for help is greater than ever – and growing every day.

This year, we broadened our scope as never before. We raised over $1.1 million to support our mission, focusing in particular on local community funding. We formed partnerships with several new organizations to ensure our funds reach as many people as possible, including Meals on Wheels People (MoWP), EDP Renewables, and Portland’s Latino Network. Across the board, we helped around 9% more Oregonians than in 2017, and laid the groundwork to raise that number even higher in 2019.

We declared 2018 “The Year of the Senior” and developed innovative programs to support Oregon’s growing population of senior citizens. A groundbreaking collaboration with MoWP, set to launch in 2019, will provide seniors with a monthly discount to prevent them from falling behind on utility costs, and even allow them to sign up in the comfort of their own homes. We also announced plans to double our Jackson County Senior Fund, ensuring that residents in rural regions can access the resources they need to get back on their feet.

As we look ahead to our 30th anniversary next year, we will continue to think outside the box to help those in need. We intend to increase funding by 20% in the coming year, as well as cultivate relationships with local businesses, foundations, and sponsors. We face huge challenges, no doubt. But these programs are changing lives. And if we pull together, we can use all of our resources to keep our neighbors warm, dry, and safe.