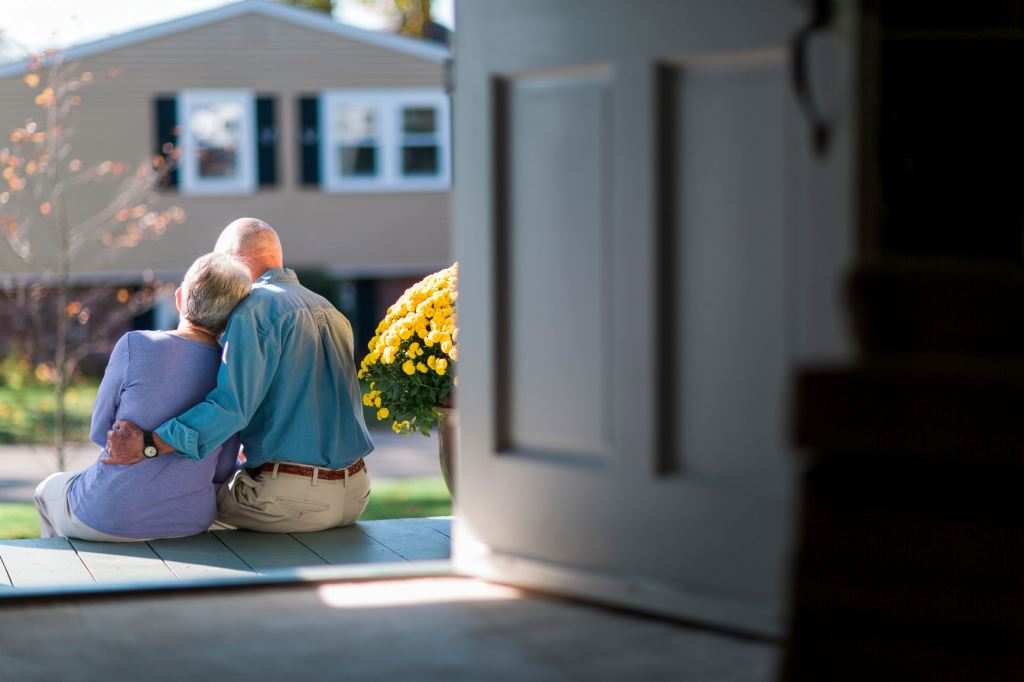 “At least you’ve got your health.”

But often, that’s easier said than done. Many of the issues facing our neighbors – too-high rents, too-low wages, wildfires and volatile weather – are themselves responsible for a range of health problems, from stress and anxiety all the way to serious physical illnesses. For families already struggling to make ends meet, the resulting medical bills can be devastating.

That’s what happened to Richard and his wife Louise, two seniors who live in Clackamas County.

Two years ago, Louise was diagnosed with cancer. Though she and Richard had insurance, it wasn’t enough to cover her treatment, and the cost wiped out their savings. Before long, the desperate couple found themselves more than $8,000 in medical debt and thousands behind on their other expenses, including their energy bill.

This was bad enough. But their debt put them in fresh peril – because Richard is diabetic, and relies on refrigerated insulin to stay well. Having fallen so far behind, the couple was at risk of having their power shut off, which could spoil Richard’s medication and put his own health in danger. It was only after receiving energy assistance from OEF that the two were able to catch up on their household bills and begin to recover.

The problem runs deep. 41% of participants in a national survey went without medical or dental care last year to pay their energy bills. Others skipped filling prescriptions or took less than the necessary dosage. Studies have linked utility hardship to illnesses as varied as pneumonia, heart failure, diabetes, malnutrition, hypothermia, and arthritis.

But as with homelessness and hunger, energy assistance is a solution to the problem of illness and poor health. And here at OEF, we’re dedicated to ensuring that, even in their darkest hour, our neighbors have their health.

Just $30 can keep your neighbors warm and healthy.